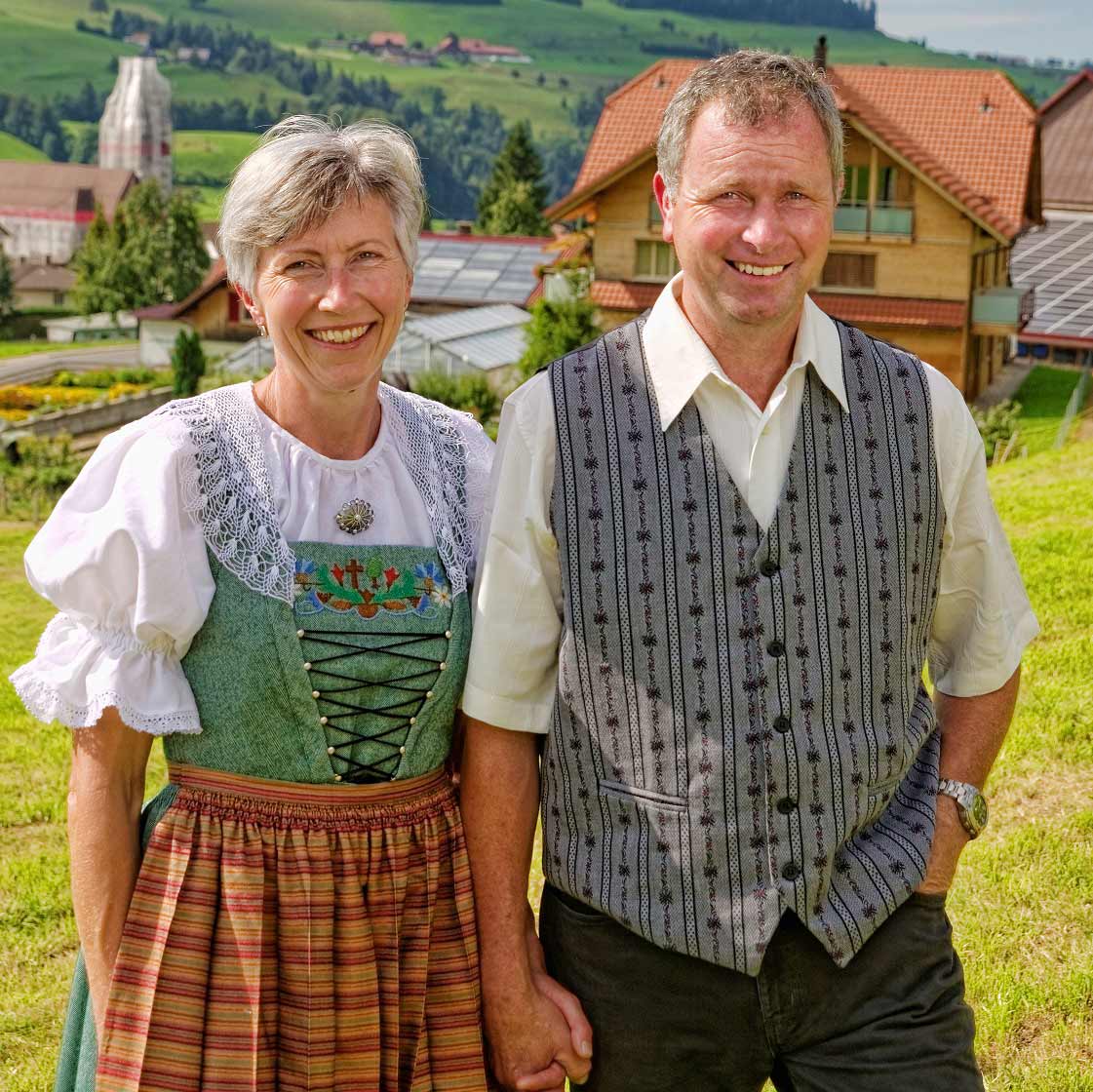 Emscha is a family business, founded in 1999 by Heidi and Peter Hofstetter with Werner Lötscher, which produces 100% pure sheep’s milk specialities at the Hofstetter family farm. Emscha stands for “Entlebucher MilchSCHAf” (Entlebuch dairy sheep), and signifies 100% pure sheep’s milk, freshly processed milk all year round, quality, natural goodness and sustainability. By using the most modern technologies, systems and machinery they guarantee sustainability and closeness to nature in both their outlook and their activities. When production started in January 2001 the range consisted of pasteurised milk, Mutschli cheese and yoghurt. By the October of the same year, the Hofstetter family had already taken first prize at the “Prix d’innovation agricol suisse” for the best dairy product. Numerous other awards followed: the MUT Foundation’s “Golden Lark” for Emscha’s rigorously implemented master plan to regionalise the value chain, choice of breed appropriate to the region, guarantee of all-year round production and quality management. Then there was the Swiss Solar Prize for sustainable and green energy design: Emscha is Switzerland’s first zero-energy cheese producer. Not to mention the various Swiss Cheese Awards for different products in their range. Today Emscha employs eighteen people, most of them part-time, and makes more than ten different cheese products, from fresh cheeses to various specialities. They are supplied with sheep’s milk by farmers in the region and use exclusively organic sheep’s milk in their factory. Satisfied customers for the superior products include more than a hundred retailers. Heidi and Peter Hofstetter have five sons. Two of these work for Emscha and are studying economics and marketing/communication alongside their jobs. One manages the farm. The eldest son is a mechanical engineer, but also has a seat on Emscha’s board, and so can contribute an outside viewpoint. The youngest member of the family is also studying mechanical engineering at ETH Zurich.

Mr. Hofstetter, you took over the farm in 1990 and then founded EMSCHA in 1999, what happend in between?
Yes, we took over the business in 1990. It was a specialist farm, which didn’t keep dairy cattle – as farmers in this region generally do – but instead raised breeding bulls. In order to have enough feed for the bulls, we had to buy in silage maize from lower-lying regions, which didn’t seem right to us, and so we switched to dairy cattle. At that time, we had a tiny quota of 20,000 kg of milk, so three cows. We couldn’t live on that and so we raised calves and pigs and grew herbs as well. Then in 1996 we imported dairy sheep from southern France.

You have your own dairy sheep, but you also have other farmers who supply you with milk, don't you?
In 1996 there were just two of us in Entlebuch with farms selling sheep’s milk. Then we teamed up with the other farmer – Mr Lötscher – and founded Emscha. Now there are nine farmers supplying sheep’s milk, including us.

Since you have been making sheep's milk products as EMSCHA, you have committed to using renewable energy, how did that come about?
In 2007 we supplemented our wood burners, which we run predominantly on wood from our own woodland, with 54 m2 solar hot water collectors. In this way the sun provides most of the heat, while the wood burners ensure that the water reaches maximum temperature. In 2012 we converted the cheese factory to a zero-energy operation by installing a 480 m2 photovoltaic system. That means that we produce more energy than we need to power the farm, the cheese factory and the house.

What happens to the rest of the electricity?
Our system is connected to the grid, so the surplus electricity feeds into that.

In 2011 you took over the brand and products in the Gauch sheep's milk range?
At that time, before we switched from cow’s to ewe’s milk, we had the opportunity to visit Andreas Gauch’s business in Niederwil in Aargau and were inspired by it. In the following years we often met up and exchanged ideas. We had known each other for years when Andreas Gauch came to me and offered to sell me his brand and products. As this takeover would mean a doubling of our production, we talked it over with our sons first. If none of them had been interested in carrying on the business later, the takeover wouldn’t have made sense. Then our second oldest son said that he would love to carry on the business, and so we accepted Andreas Gauch’s offer and expanded our range with the Gauch products. The Gauch products, which were listed with BioPartner in Seon, also gave us access to specialist organic retailers. That was another benefit of the takeover. So overall, no displacement was involved – it was a matter of continuing along established lines. On top of that, we were able to bring our cheese-making skills to the Gauch lines. In the main Andreas Gauch made fresh products like milk and yoghurt, and a semi-hard cheese that he had manufactured by someone else. We now make all these products ourselves and in recent years have been selling both Emscha products and the Gauch range. However, from this year all our products have the Emscha label. That makes our marketing easier, and when we take our market stall on the road, there isn’t any confusion because the staff have Emscha badges while the products are labelled Gauch. It also means that production is less complicated, and our customers have clarity.

In 2018 EMSCHA sheep's milk Produkts received the Bronze Swiss Cheese Award. Many congratulations. You and your business have already won a lot of prizes: the list goes on and on. What do these awards mean for you? Have they changed anything for your or your business?
Entering a competition is to some extent marketing, especially if the business or the products win. When we first started out, we entered our yoghurt in the Swiss regional products contest. The awards ceremony was held at the OLMA trade fair, and I got the chance to stand on the podium between representatives from Malbuner and Baer cheeses, with the Best Yoghurt in Switzerland. Before that we had had no media presence. That award was the springboard and showed us that taking part in competitions like these is crucial for us.

Would you linke to say a few words about your products?
We make a lot of easily digestible sheep’s milk products, including a cheese matured in brine, like Feta. However, as this has been a protected designation since 2002 and can only be used for cheese produced on the Greek mainland or the islands of the former Lesbos prefecture, we had to think of another name. That’s why we chose the Italian “Salato”, meaning “salty”. As well as the classic cheese varieties and fresh products, we also sell a sheep’s milk raclette that is very popular with our customers. Our specials, such as the “Füürabechäs” – an aperitif cheese with chilli – and the “Engelichäs”, impress people with their taste as well.

Is there anything else you would like to say?
We make the fruit content of our yoghurts ourselves. That is, we prepare fresh, seasonal organic fruit and add it to our yoghurts. That is the way Andreas Gauch did it for years. When we took over the Gauch lines we continued this practice, and we also improved the Emscha products with our own prepared fruit. As well as our products, you will also find lots of delicious recipes on our website at: www.emscha.ch 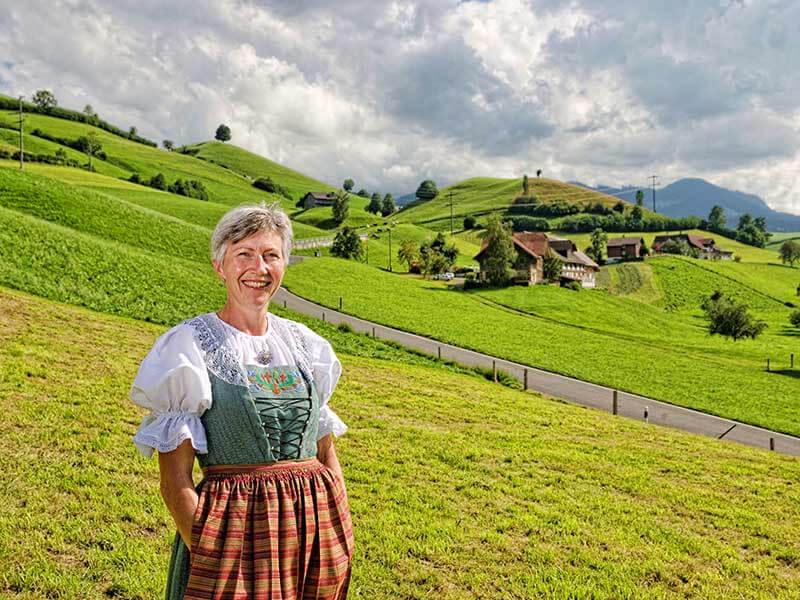 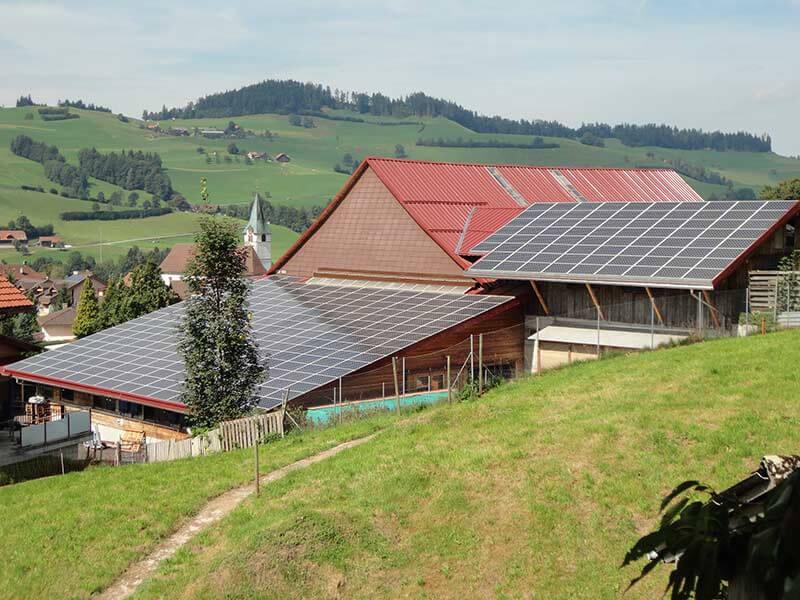 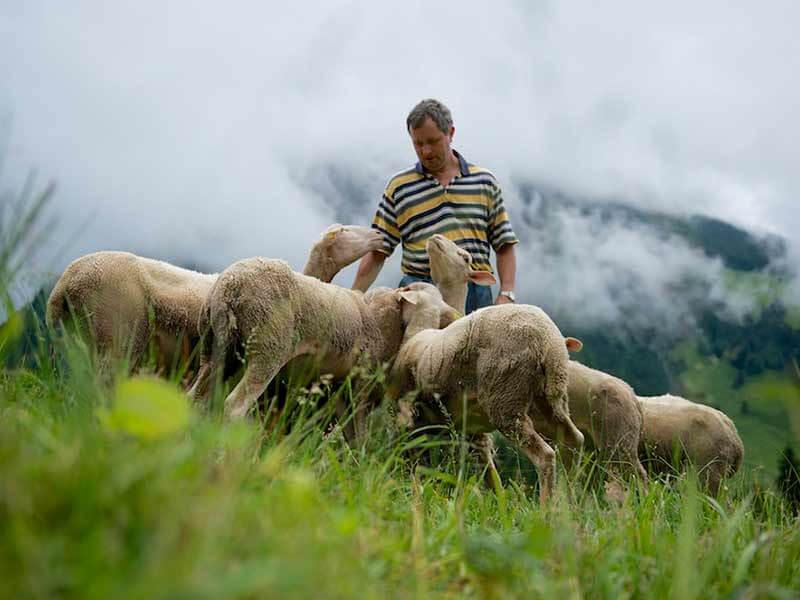 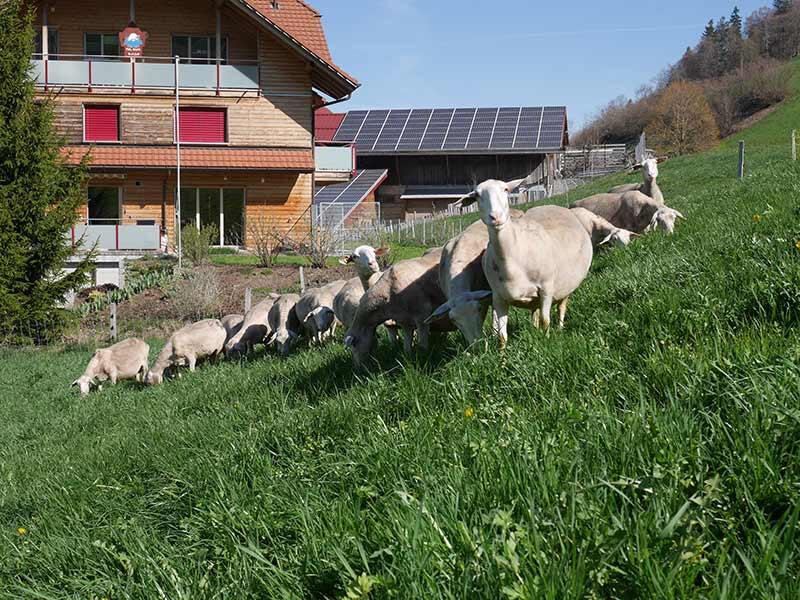 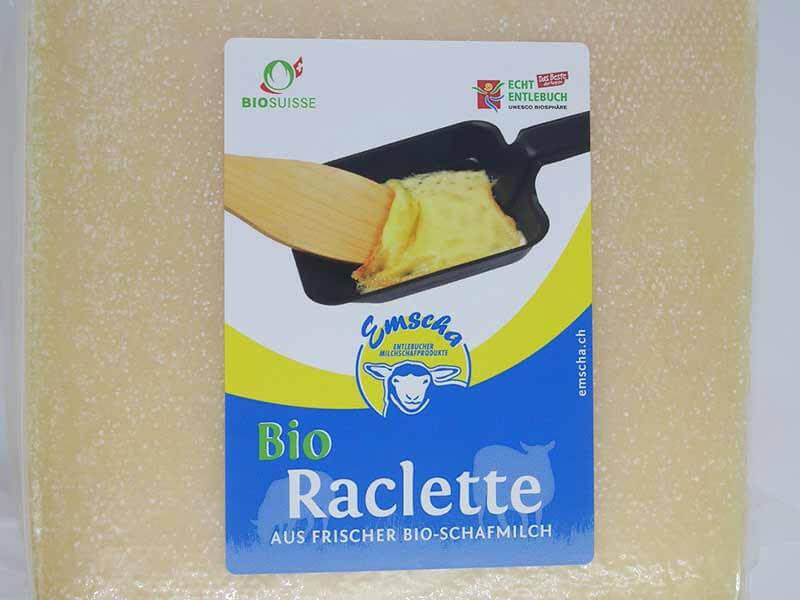 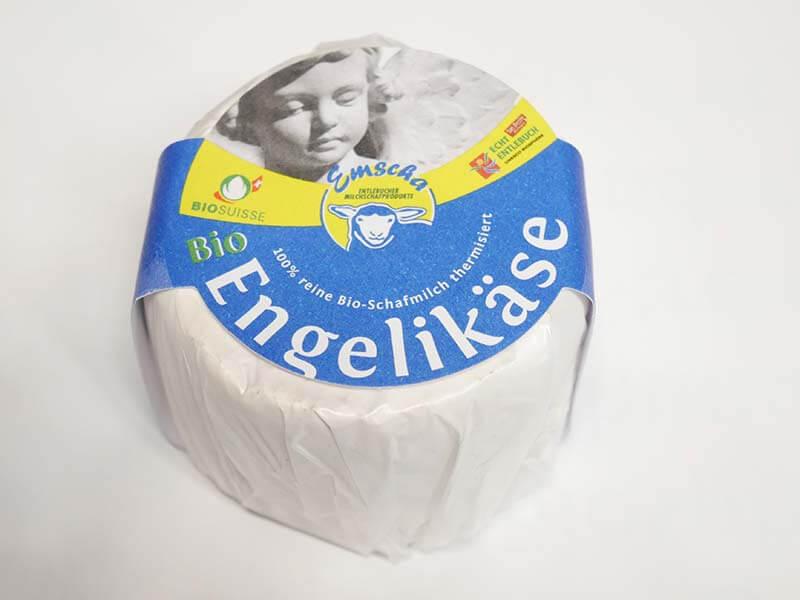 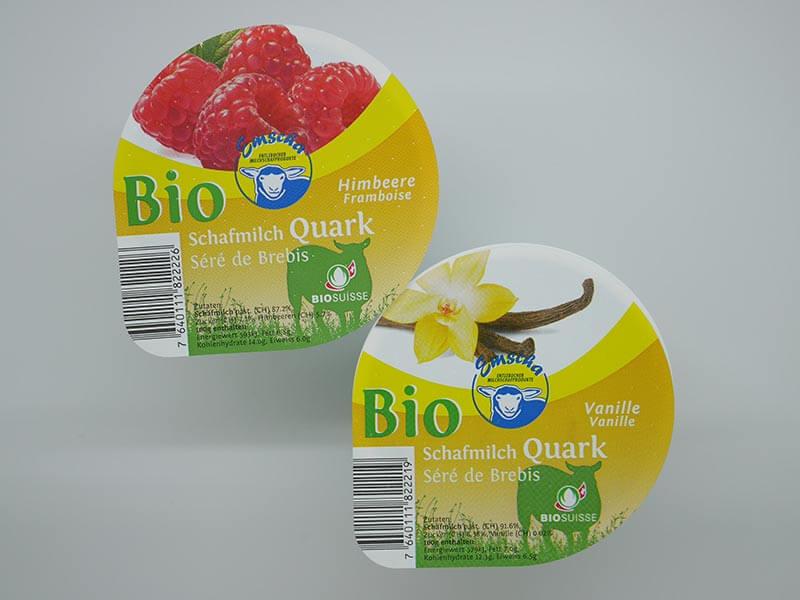 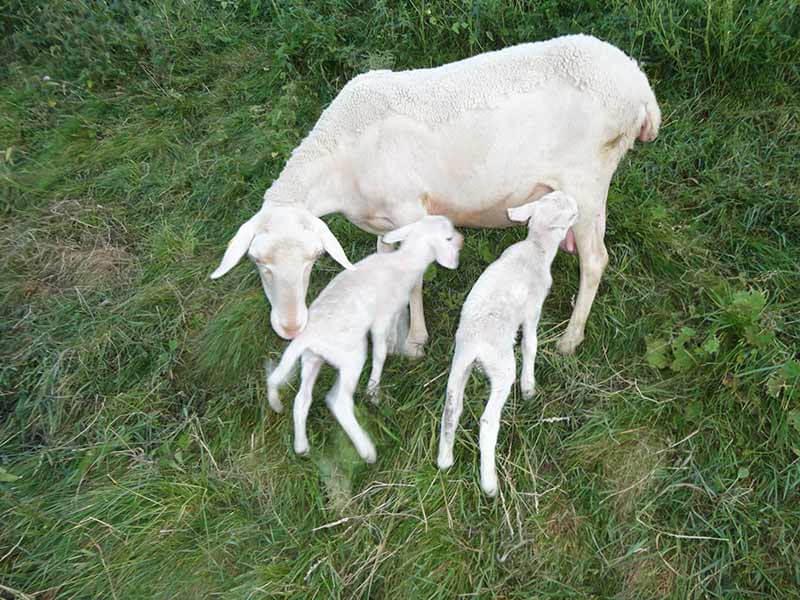 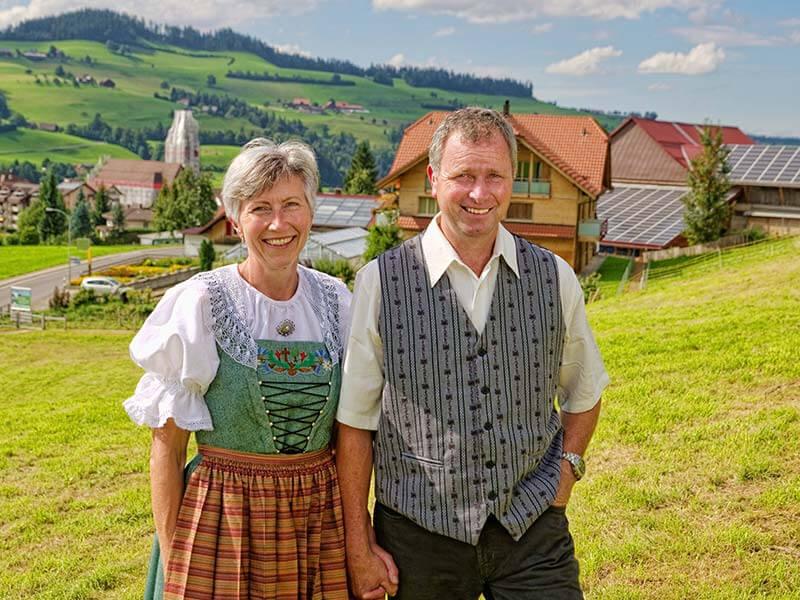